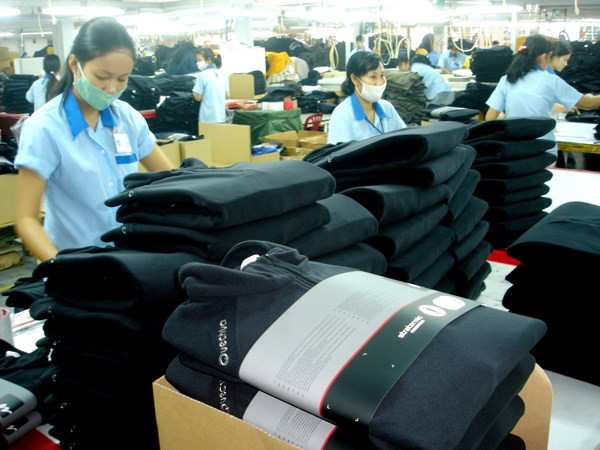 According to the Ministry of Industry and Trade’s European Market Department, during the period, Vietnam-EU trade value increased by 8.68 per cent to $16.2 billion and import value to Vietnam from the EU surged by 10.28 per cent to $5 billion.

Vietnam mainly exported traditional products to the EU, including textile, garment, footwear, and coffee, in addition to seafood and computer.

Vietnam especially started exporting telephone and its components to the EU in 2011, but the export value of those products in 2015 reached $9.7 billion and accounted for 75 per cent of  its total national export value to EU, it was reported on the ministry’s website on August 10.

In addition, some other products retained growth of between 5 per cent and 10 per cent per year in export value though they did not have large export value, including plastic products, wood and wooden products, handbag, suitcase, and umbrella, apart from pepper, and cashew.

In the first six months, Vietnam mainly imported from most of EU member countries products that the nation had not produced, or which they lacked, such as machines, equipment, tools and pharmaceutical products, in addition to milk and milk products.

Over the past years, the trade relationship between Vietnam and the EU has gained rapidly and developed efficiently. The bilateral trade value increased by 10 times from $4.1 billion in 2000 to $41.2 billion in 2015.